The social media evolution and prediction for Japan

The social media landscape in Japan is extremely diverse, ranging from business-orientated apps to recreational and socializing applications that facilitate vast audiences globally.

Japanese social media has somewhat changed over the past couple of years and continues to do so.

This dynamic movement in technological advances has led to the rise of the digital era, also understood to be ‘The Chaos Theory’.

This theory emphasizes the evolution, unpredictability and nonlinear nature of the digital world we live in.

In order to acclimatize and adapt to this digital evolution, we need to consider the various platforms that these applications operate on.

In order to utilize these platforms effectively, you need to understand the nature thereof.

Thus when one considers the relevancy and effectiveness of these online spaces in the industry, their statistics indicated their reason for being.

Let’s take a look at Facebook and the relevancy for this application in the Japanese market.

This platform is utilized by both males and females, although prevalence is seen amongst males in Japan.

In Japan specifically, Facebook is growing rather slowly compared to its competitors.

Although this platform is established in the Japanese market, it has not yet reached the popularity and active user numbers that Twitter and Line have generated. 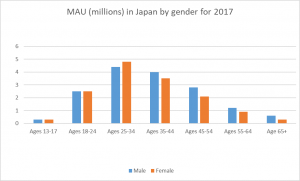 Facebook has been the medium for companies such as Square Enix and DeNA as a means of penetrating a specific target market and generating a large user volume as a result.

In Japan, Facebook serves as a platform for professional purposes, rather than social purpose.

Therefore is it safe to say that the older generation of working adolescents are more likely to be found on Facebook rather than teens.

For this reason, I would highly recommend Facebook as a platform for business purposes, penetrating a specific target audience and having a larger reach to various markets. 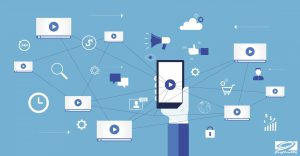 The number of active users for Twitter continues to grow rapidly.

Although Instagram seems to be vastly more competitive in terms of the number of users, the purposes for which each platform is used are different.

Therefore comparing the two with one another is not a true reflection of its popularity. 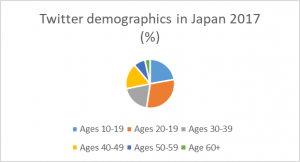 Companies that utilize Twitter are Kirin, Orbis, Panasonic Japan, BTS Japan and Japan Airlines to name only a few.

This platform is largely utilized by these brands in order to enhance online presence and reputation as well as to maintain brand awareness across its following.

Thus I would suggest the utilization of Twitter in Japan as a platform for enhancing online brand presence, reputation and awareness.

On the other hand, Instagram is proving to be ‘the fastest growing social media platform’ with 9.45% of the Japanese population actively using the platform and over 13.1 million users, one can understand this statement.

Interestingly enough, the predominant user is female (59%) and males accord for 41% of usage (Instagram user demographics in Japan-March 2017, 2017). 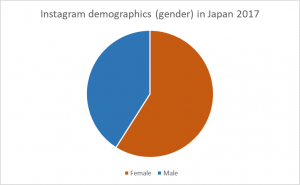 For both of these companies, the Instagram App is a channel through which direct and instant communication between the brand and potential employees are communicated on.

This enables the participants with direct and easy access to the brand in terms of the device on which they can access the brand or relevant information.

For the brand on the hand, the application is time and cost effective.

This platform serves largely to improve and maintain a positive online reputation, positive brand perspective, direct and instant communication between the brand and viewers as well as enhancing top-of-mind brand awareness throughout the account following.

LINE has a staggering 71 million monthly active users as of the 3rd quarter of 2017.

This social service was founded in Japan and accommodates 92.8% of the country’s mobile users per year (Statista, 2017).

Brands in Japan that have started utilizing Line have seen great success in terms of brand awareness, penetrating a specific target audience and generating an active online presence in the market.

Some of the new accounts on Line are Louis Vuitton, Burberry, Michael Kors, Coach, Dior, Fendi and Prada.

An indication of what these luxury brands achieve can be seen in the Louis Vuitton case study.

Louis Vuitton outran their competitors in the months since their launch on Line in January.

They generated 237% more interaction per post in April than the Index Luxury brand average.

Thus forecasting for 2018 and onwards is that more than half of the Japanese internet users are expected to be on Line each month, and this statistic will continue to increase over the next years. 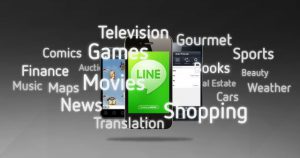 Social media in Japan for 2018 looks similar to previous years, but some vital factors will determine whether you are able to optimally utilize these platforms to your advantage.

Some trends to look out for in Japan for 2018 are video, increased character limit and influencer marketing.

More specifically, Facebook is expected to increase video usage amongst its users thus viewers can prepare themselves for brands doing a lot more video advertising and promoting than ever before.

Twitter’s limited character count has certainly caused frustration and inconvenience for some languages, but this has not halted the use of this incredible networking platform.

The application received many complaints regarding the way in which some language are able to explain themselves comfortably in terms of word characters, whilst other languages cannot.

Twitter is expected to accommodate its audiences by increasing the character limit, thus enabling users of all languages to express themselves without having to revise or reword their sentences in order for it to fit the character limit comfortably.

Instagram is predicted to become the platform which aims to optimally leverage influencer marketing for brands.

Influencer marketing is being utilized by a majority of companies globally, whilst the rest are all planning on implementing this marketing tool in the near future.

The digital world is forever changing and the trends today may change tomorrow.

Due to the deterioration of organic reach, the most important thing to understand about this digital space is that if it is utilized correctly, you will transcend global networks.

Info Cubic Japan houses a brilliant team of social media professionals who will take your brand’s social media marketing to the next level. Contact us today!

Featured Photo by Sorasak on Unsplash