China, the second-largest economy in the world, is still relatively uncharted territory for numerous foreign brands. Due to the differences between Western and Chinese social media landscapes, approaching target audiences effectively and efficiently can be a big challenge to marketers. For most established brands in China, one of the best solutions to this problem is to work with Chinese influencers.

China is a vast country that is composed of numerous markets. Hence, consumers from different regions and diverse groups do not share the same needs nor experience the same trends. Rolling out a one-size-fits-all strategy won’t be effective, and it would be expensive and time-consuming to create individual strategies that are tailored for each sub-market. For that reason, collaborating with KOLs who regularly communicate with their followers helps brands reach their target audience more quickly and easily.

In fact, according to the 2019 Unlock the Full Potential of Social Media Marketing in China Report, 81% of brands interviewed in China responded that they would continue to concentrate on social media marketing. 80% indicated they would increase their collaboration with influencers in terms of promoting their brands or products because they believe in the Return on Investment (ROI) of influencer marketing. China is estimated to spend $8 billion on Instagram influencers alone.

Companies that are looking to establish their brands in China should consider using Key Opinion Leaders (KOLs) when putting together a marketing strategy. KOLs are the equivalent of influencers in China. Contrary to Western influencers, which are comprised mostly of bloggers and vloggers on Instagram or YouTube, Chinese KOLs are socialites, columnists, and short video creators who have numerous channels through which they engage with their followers.

For the most part, KOLs and influencers are the same thing. However, they have one key difference.  On the one hand, influencers work online, making their names and exerting their influence on social media. On the other, KOLs are the “go-to” people for their subject of expertise and work both online and in traditional media.

Chinese citizens have significantly become skeptical of traditional media because of the heavy censorship by their government. Thus, they depend very much on their social networks for reviews and recommendations on products and services. This has sparked an explosion in the online marketing industry with more than 70% of Chinese consumers buying products directly recommended by other social media users. Consequently, the country’s KOL economy has grown to over  US$15 billion.

Furthermore, Chinese consumers, particularly those born in the digital age, pay less and less attention to mass media and traditional marketing. Instead, they spend more time online and on mobile, where they check their social media feeds, follow influencers, and join niche online communities. In fact, Chinese users spend nearly 6 hours accessing the internet daily and spend more than 2 hours on social media. 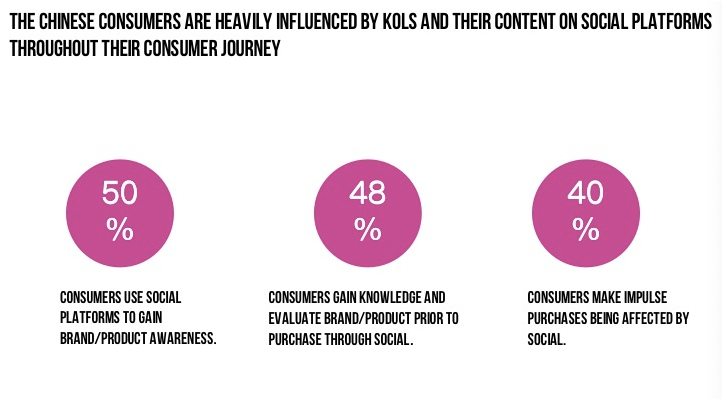 Understanding the uniqueness of the Chinese digital social landscape is vital to achieving success in penetrating their market. In terms of its social media market, China is poles apart from its western counterpart. Almost all western social media platforms are banned in the country, which means that there’s no Facebook, Twitter, nor YouTube. Rather, China has a distinct media ecosystem, which might be more developed than that of the west. Without the presence of western social media platforms, KOLs engage with their followers on local giants like WeChat, Weibo, Xiaohongshu, and Douyin (also known as TikTok).

WeChat, an app developed by Tencent, is the true Goliath of social media in China. As of  2020, it boasts an enormous monthly active user count of over 1.2 billion. Its various features, such as online shopping, games, and financial services, make it an extremely versatile app. With its features and massive user count, WeChat can be considered as a rich source of potential customer engagement.

Frequently described as a combination of apps, WeChat is the counterpart of Facebook, Instagram, Skype, Uber, Amazon, and Whatsapp. It also features integration with over ten million third-party apps. 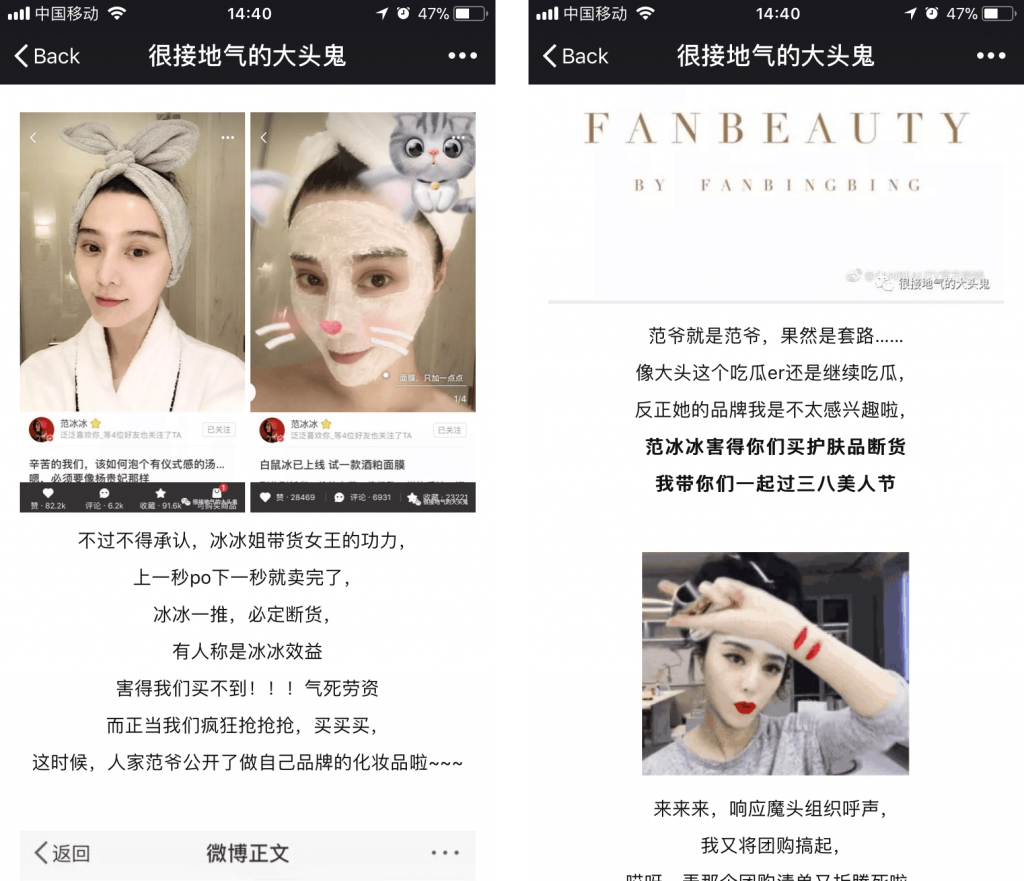 Sina Weibo, a microblogging platform released in 2009, has 523 million monthly active users as of 2020. It is considered as a mix of Twitter and Facebook wherein users can upload gifs, images, videos, and text to their networks. This feature, along with its easy sharing functionality, allows Weibo to be a great source of trending content and information.

Moreover, brands continue to use Sina Weibo to build interest in their products in collaboration with celebrities. For example, Louis Vuitton was able to drive a substantial amount of online hype working together with actor, singer, and model, Kris Wu. Numerous local and international brands rely on this platform as a source of real-time consumer reviews and use it as a venue to engage customer communities. 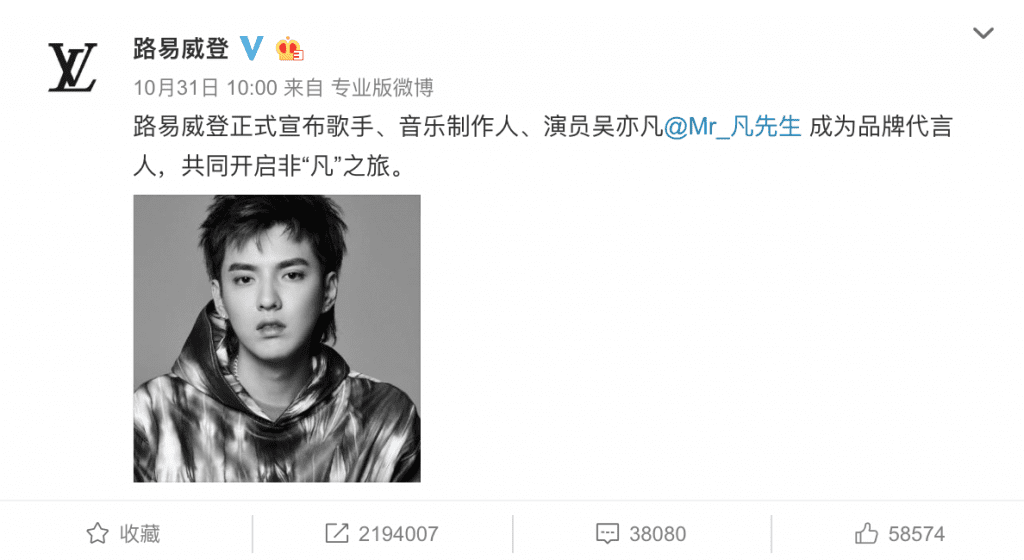 Douyin, an app designed to allow users to create and share short videos, has experienced a rapid rise in users since its initial release in September 2016. With over 500 million daily users from across the globe by January 2020, This app has become popular particularly among younger users who use the platform to create and share short, punchy clips laden with memes and niche cultural references.

Also, Douyin features an addictive feed that promotes videos from users all over the world, offering an assortment of creative content. This distinctive service has helped Douyin to attract a whopping 75 million new users in just December 2018 alone. 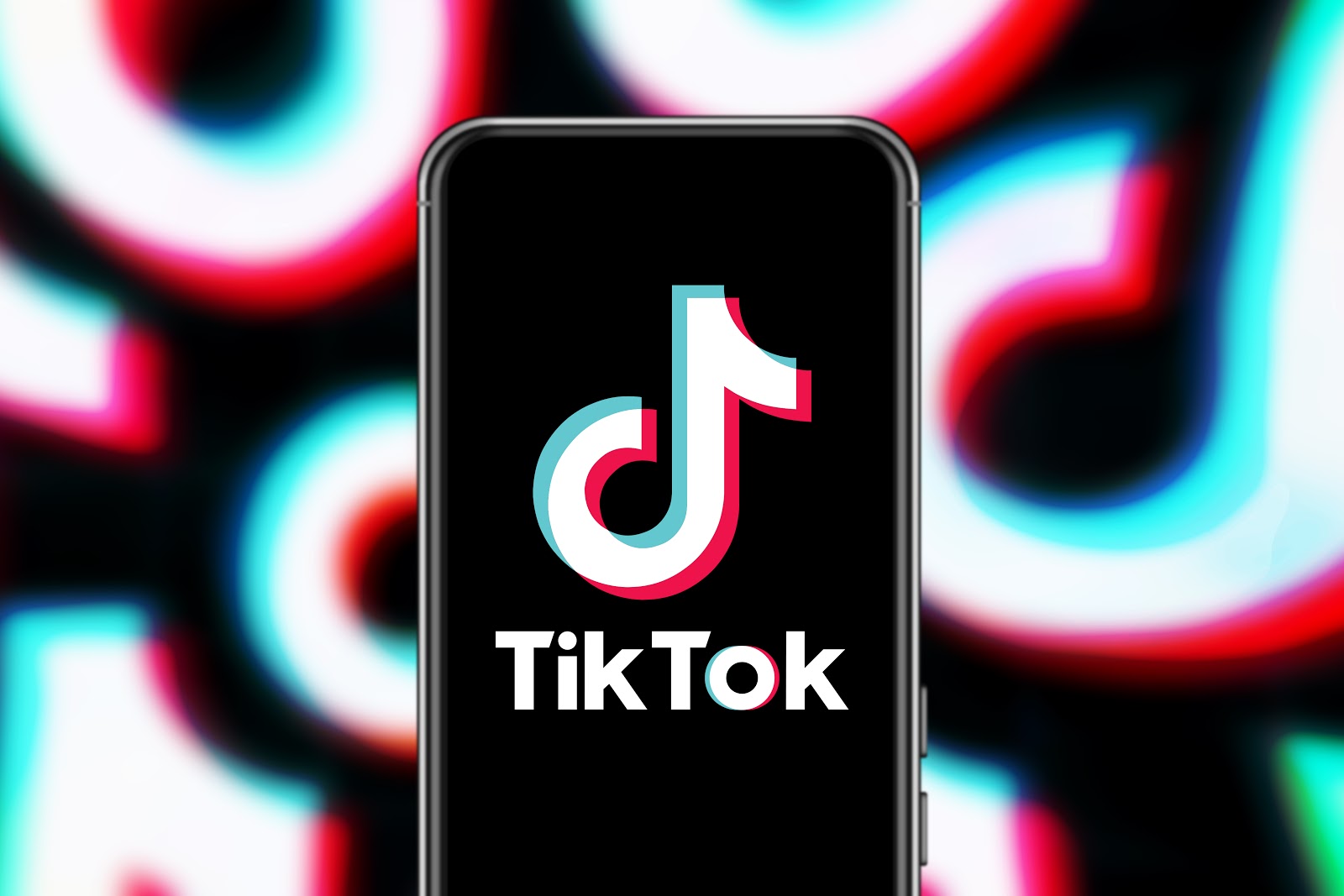 Xiaohongshu, also known as ‘Little Red Book,’ is a mixed-use platform which combines Pinterest-style photo sharing and e-commerce functionality. This app is oriented towards women, who comprise 77% of the 300 million active users. It enables users to share product reviews, start discussions, and upload their content.

The Little Red Book concentrates almost entirely on providing trustworthy product reviews and experiences and is a rich source of advice for a lot of young consumers. This app is handy for those wishing to find practical and in-depth information and reviews. 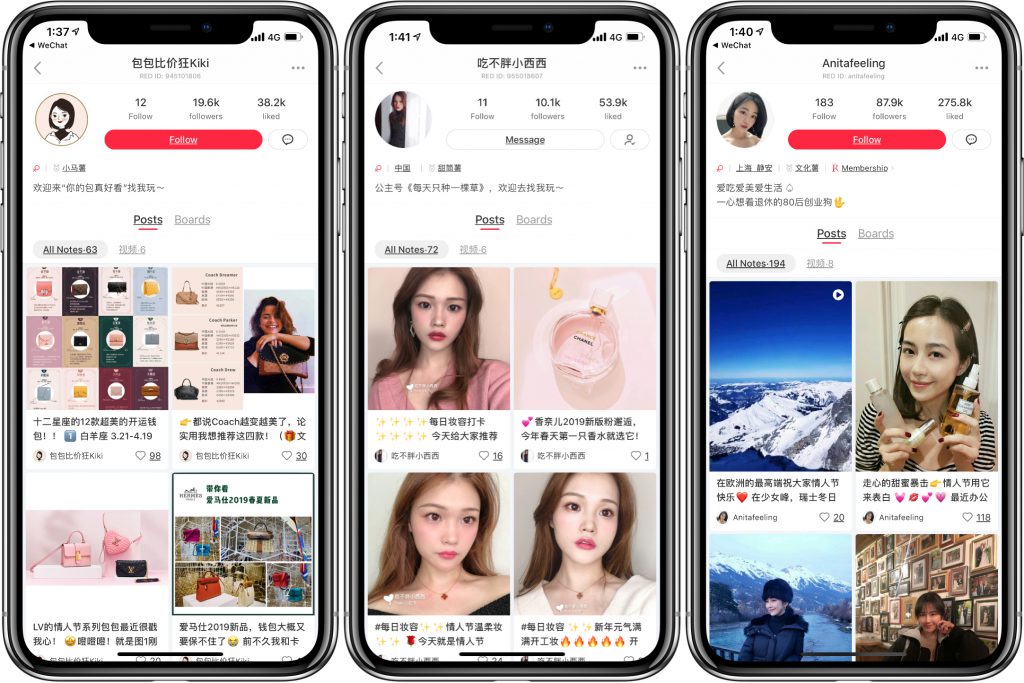 With several hundreds of thousands of KOLs who post, promote, pose, explain, and recommend their hearts out on numerous platforms, digital marketers have more chances of finding the perfect one to represent their brand. Here are some of the most popular KOLs in China. 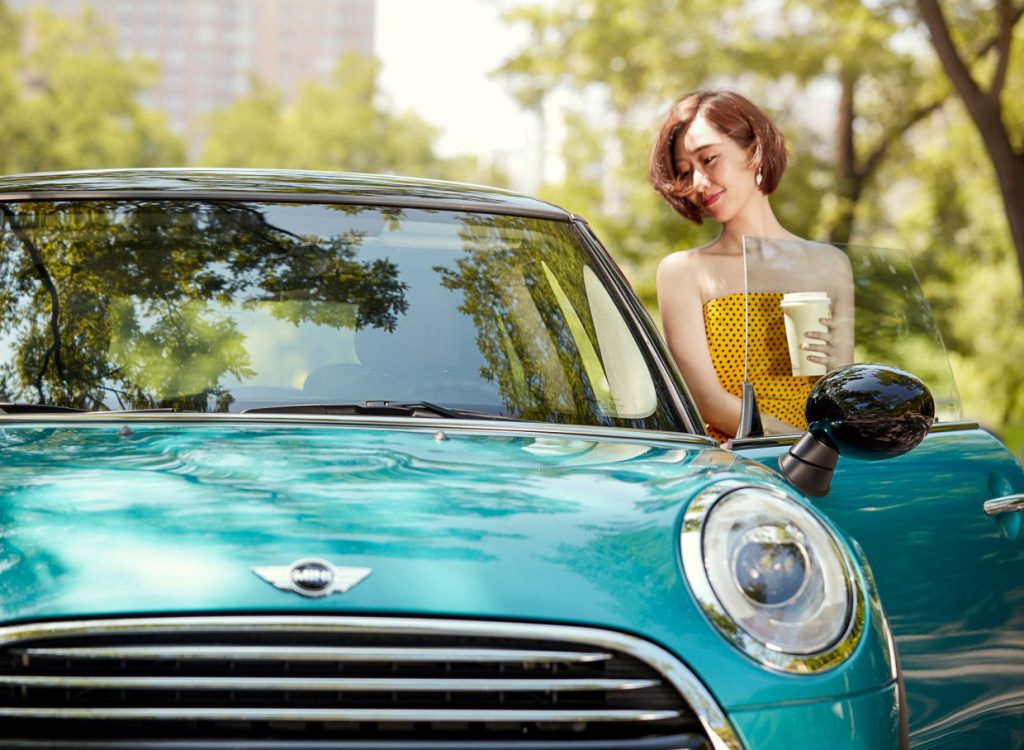 With over 7.5 million followers on WeChat and Weibo combined, Becky Li is considered one of China’s top fashion bloggers. Dubbed as China’s “Goddess of Shopping,” Li was able to sell 100 Mini Cooper cars on her WeChat within five minutes in 2017. In her collaboration with designer Rebecca Minkoff on accessories, she was able to sell 1,200 bags in two days. Li launched her fashion brand on WeChat with its first drop earning 1 million RMB of revenue in just seven minutes.

Papi Jiang is not a typical fashion influencer. Named “China’s Viral Idol” by a 2016 New Times article, this Chinese comedienne is known for her vlogs, where she talks about life in the Chinese metropolis. Currently, Papi Jiang has more than 33 million followers on Weibo. She went into fame, making funny, short videos that became viral. Presently, she holds the record for the most expensive influencer advertisement, charging 22 million RMB for a pre-roll video ad spot. Moreover, she represented international brands such as MAC Cosmetics and Swiss watchmaker Jaeger LeCoultre. 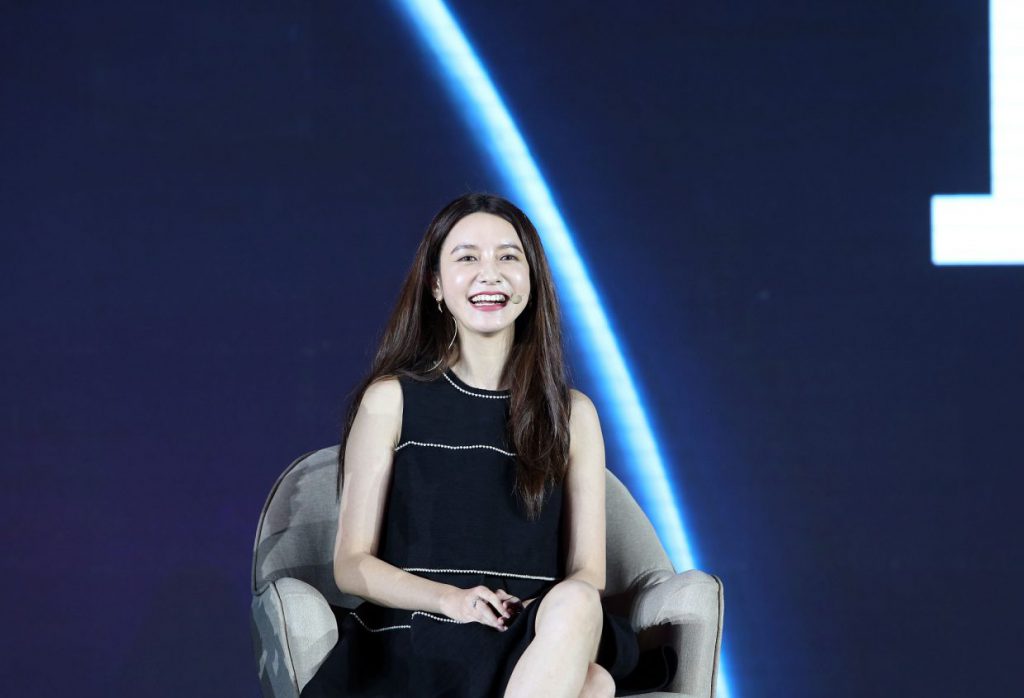 Zhang Dayi is another influencer who developed her clothing and beauty brand, which is distributed through the Taobao e-commerce platform. She has over 11.73 million followers on Weibo. Dayi’s team analyzes buyers’ sentiment towards certain products by evaluating data and follower comments collected from social media platforms like Weibo, as well as by using sales data from her Taobao shop. This has enabled her to gain an advantage among other KOLs. In fact, according to Chinese news portal Sohu, Zhang’s sales volume on the 2017 Singles’ Day shopping festival alone hit 170 million yuan (US$24.8 million).

How to Get in Touch with Chinese Influencers

Chinese Influencers can easily be contacted, be it through a private message on Weibo or a listed E-mail. Another way to approach KOLs is through influencer marketing platforms. Here are some local marketing platforms that can help brands collaborate with the best influencer for their campaigns. 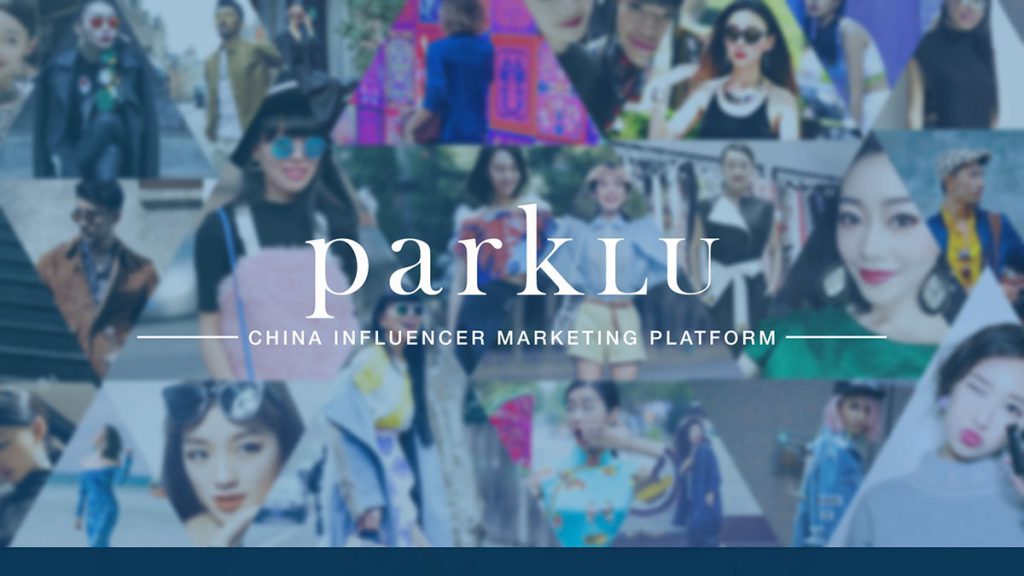 With over 90,000 KOLs across 16 social media platforms, ParkLU has a combined reach of more than 900 million Chinese customers. It is deemed as one of China’s most successful influencer marketing platforms. ParkLU’s website operates on a self-service basis and is easily accessible to brands and marketers looking to find and engage with KOLs in China. They utilize data-based technology to match brands with the right influencers, as well as automate the campaign process.

Established in Hong Kong in 2016, IconKOL works with foreign brands and businesses and connects them with Chinese KOLs, with focus on bloggers. The platform features a bilingual interface which serves as a venue where Chinese influencers and foreign companies can find each other.

Toutiao, one of China’s most popular news aggregators, boasts over 260 million monthly active users ages 19-35. In 2019, the platform recorded 450 million posts and 9 million likes. The paid content in Toutiao is mostly about finance, workplace skills, parenting, health and Chinese history.

At present, influencer marketing is possibly the most successful digital marketing strategy in China. For brands wishing to penetrate the Chinese market, these strategies are often required to achieve the most success in their campaigns. Influencer marketing in China is vastly different from that of the west. Unlike western influencers, which are composed mostly of bloggers and vloggers on Instagram or YouTube, Chinese influencers are socialites, columnists, and short video creators. Aside from cultural differences, the Chinese digital landscape is also relatively unknown to foreign marketers.