In this post I will tell you all about Japanese SEO in 2018, guide you through the potential obstacles and what to think about.

The importance of SEO

There’s no arguing that organic traffic is one of the most important and valuable traffic sources for your website. On our own Japanese website, more than 50% of traffic comes from organic searches.

It’s almost always worth investing in SEO as the payoff is usually huge in the long-term compared to other channels. 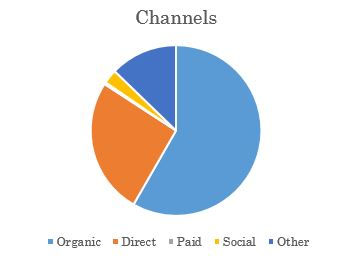 There are two search engines you need to pay attention to in Japan for SEO, one of them is our usual player – Google, and the other one is our not so usual – Yahoo! Japan.

Yahoo! Japan used to have the largest market share in Japan up until a few years ago when Google took the 1st place.

Generally, the slightly older audience and B2C consumers uses Yahoo! Japan the most, whilst Google catches the attention of the more tech-savvy and B2B audiences. But we still see a good portion of B2B on Yahoo! Japan and B2C on Google.

While Japanese Google looks like Google anywhere else, Yahoo! Japan is quite a different beast, with its early 2000’s and information-dense design that a large percentage of the Japanese population prefers compared to the clean and white-space filled designs we are used to in the West.

Since 2010, Yahoo! Japan has been using Google’s algorithm to rank all organic searches on their engine. This means that it’s not entirely necessary to track both Google and Yahoo! Japan as the ranks will be almost exactly the same.

Another barrier to doing Japanese SEO, is the keyword research process. Japan has three different written systems – Hiragana (ひらがな), Katakana (カタカナ) and Kanji (漢字) not including Romaji, which basically is the alphabet letters we are used to.

So there are many different ways you can write the same word in Japanese using the different written systems.

For example the word “Ryokan”, which is a traditional Japanese inn and can look as displayed in the image below,

can be written in hiragana as りょかん, in katakana as リョカン, in kanji as 旅館 and in romaji as ryokan.

Japanese would most likely know that the most common way to write “Ryokan” would be using the kanji form 旅館.

And as is evident by pulling historical metrics from AdWords’s Keyword Planner, we can clearly see that 旅館 is the most searched variation historically. (We can’t view the search volumes for hiragana and katakana versions as Google aggregated them in 旅館)

When it comes to on-page optimizations such as titles, meta descriptions, headers, body copy, image alts and internal links, there’s basically no difference from how we would approach it for any other country.

The only thing we need to keep in mind is the fact that Japanese characters are double-byte and this can affect the optimal length for titles and meta descriptions.

Thus, the safest (and proper) way to make sure you’re staying within the limits is to measure the title and meta description lengths by pixels. I’m not going to put the maximum amount of pixels in here as Google frequently changes this. But you can usually find the latest recommended length through a quick Google (or Yahoo! Japan) search.

There are two different Japanese top-level domains you should consider when hosting a website in Japanese – .co.jp and .jp.

.co.jp is reserved exclusively for companies registered in Japan, a .co.jp tells the world your business is legitimate and can be trusted. Non-Japanese businesses registered as Gaikoku Kashia (Foreign Company) are also eligible for .co.jp domains.

.jp is also a good domain to get and we have seen an increase in companies registering .jp domains.

But if you’re already a global company with a good amount of high quality backlinks and traffic leading to your .com domain, I would recommend you keep it that way and just create a separate subfolder for Japan, so www.example.com/jp. This way you can keep benefitting from all that precious link juice.

URLs in letters or Japanese characters

There’s been much discussion in the SEO community, whether or not to use Japanese characters in domain names and URLs. An example below:

Now, either way works. But in most cases we recommend to take the letter approach “/services”, mainly due to encoding issues when copying and sharing URLs containing Japanese characters.

In conclusion, what you should think about when doing Japanese SEO

Do you need assistance with your SEO in Japan? Contact us today to receive a free personalized proposal and quote.

A Swedish expat who's fond of IKEA, salmon and meatballs. View all posts by Kim Ford